Join the forum, it's quick and easy
LCES RP Clan
LCES RP Clan
Would you like to react to this message? Create an account in a few clicks or log in to continue.

Petition the Clan!
The LCES Regulations have been approved and are now available here

As you guys know people have been getting after each other for all kinds of little things. This puts people on edge making them respond a little sharper then they might normally do. Yesterday’s drama session was another example of that. I myself think it has to end and to ensure it does, I myself will not tolerate any more cursing. And yes that includes logging on like “hey fuckers” we passed the point of that being a joke and people are starting to take offence to it.

Then the point of telling people they have to do stuff. Claims like you have to finish this by this and that time… well don’t it’s still a clan people put in time because they want to. If you can’t wait for something to get done… do it yourself. But don’t complain about some stupid lights being blue/blue and that someone working on something has to release it right now. Just because you don’t like something doesn’t mean someone has to do something about it. Either you suck it up until the whole pack gets released or you do it yourself.

Dedmond’s line is “I’m not here for kiddy games” well I’m not either. But since you guys decide to behave like kiddies I will treat you so. No more candy and 8pm is bedtime. If anyone wants to discuss this, in a mature way, you can do that in this topic. Same goes for any apologies you wish to make. 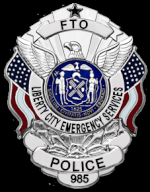 I did nothing wrong and will not rescind any statements I have made.

It wasnt you ,TJ

With all respect TJ...

TJFOXHOUND wrote:I never said these would be used. I only threw them in so people who never saw what it looked like could see the model with red and blue instead of blue blue. Not serious just a test. Wow thanks for being a complete fucktard about it. How about you drop the attitude. It doesn't do anything other than piss people off. Also fuck you. I'm a damn bus driver how the fuck am I supposed to know that apparently red is supposed to be on the left?

I understand you were mad and maybe even hurt, but come on don't engage in that kind of parley. Besides why post here in the first place if you have nothing really to add... or is this an appeal to your warning?
_________________

This post is obviously having something to do with yesterdays thread dealing with me so I am defending myself. Whether you take off the warning or not I do not care. You stated that people could apologize here and I was simply stating that if anybody was expecting an apology statement to not expect one.

Sinclair this issue is done and gone, so lets leave at that.

I know that was intended to be the last post